CBS All Access and series star Sir Patrick Stewart has shared the new poster for the upcoming spin-off series “Star Trek: Picard” which will launch later this year. The poster includes a first look at Picard’s new pet dog in the series who, if you look closely at its dog tag, goes by a familiar moniker – ‘No. 1’.

Set two decades after the events of “Star Trek: The Next Generation,” the story will follow former U.S.S. Enterprise captain Jean-Luc Picard (Patrick Stewart) in the next phase of his life. The story will play up into Picard’s love of archaeology with a mission to revolve around some sort of alien artefact that’s been discovered.

In addition, it will also deal with Picard’s role in having brokered peace with the Romulans and then watching it crumble with the destruction of Romulus due to a stellar event. 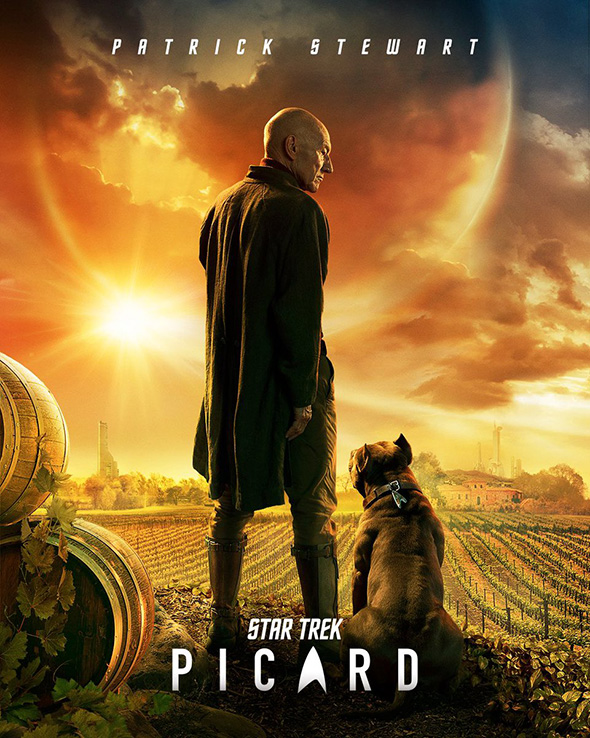