Universal Pictures Australia has just released the first poster for “No Time To Die,” the upcoming 25th film in the James Bond franchise and the fifth and final outing of its current star Daniel Craig.

In the new film, Bond is living a tranquil retirement life in Jamaica – one that’s interrupted when US agent Felix Leiter shows up and asks for help to rescue a kidnapped scientist which puts Bond on the trail of a mysterious villain armed with dangerous new technology.

Along with Craig, the film sees the return of Ralph Fiennes as M, Lea Seydoux as Dr. Madeleine Swann, Naomie Harris as Moneypenny, Ben Whishaw as Q, Rory Kinnear as Tanner, Jeffrey Wright as Felix and Christoph Waltz rumored to be returning as Blofeld.

The poster launch coincides with the world premiere of “Dr. No” on this day in 1962. “No Time To Die” meanwhile is slated to premiere in April. 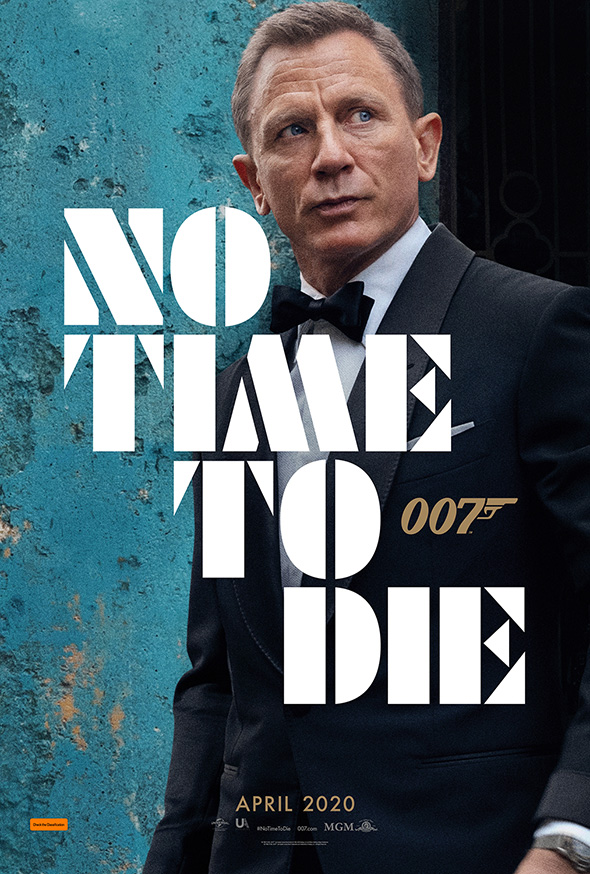 New “Bill & Ted” Will Have A Time Limit