U.S. Amazon Prime members will get to see James Wan’s “Aquaman” nearly a week ahead of its theatrical release on December 21st reports Re-Release News.

The shopping and streaming giant is reportedly working with exhibitors like Regal Cinemas, ArcLight, Cinepolis, Bow Tie Cinemas, Showcase Cinemas, and Studio Movie Grill to host early screenings on Saturday December 15th with tickets to be sold exclusively to Amazon Prime members and it’s expected people may book up to ten tickets.

Amazon held a similar promotion last year for “Jumanji: Welcome to the Jungle” and earlier this year for the third “Hotel Transylvania”. The film is opening on December 13th and 14th in much of the rest of the world so this screening would more in line with that launch.

Check out the final official poster for the film below: 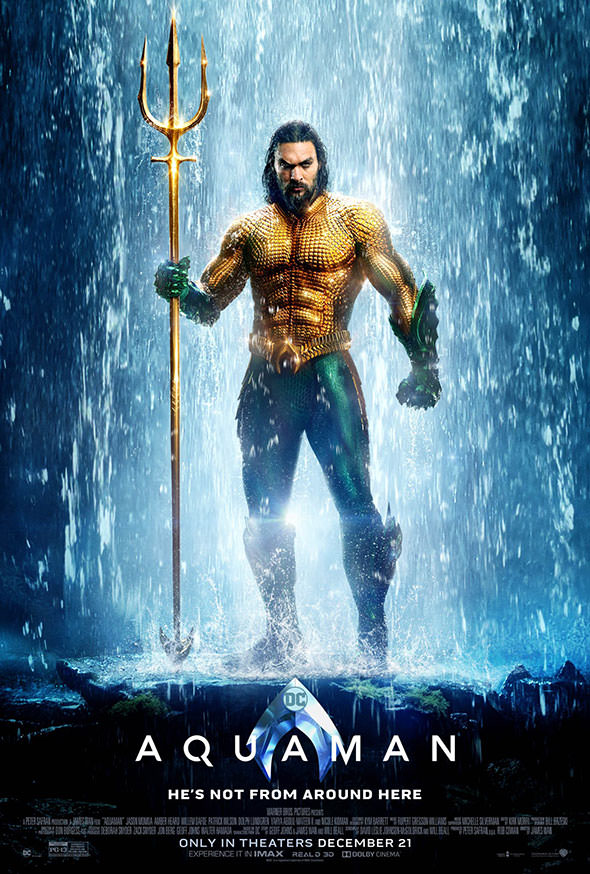 “No Time” Bond Girl Isn’t A Typical One… Again